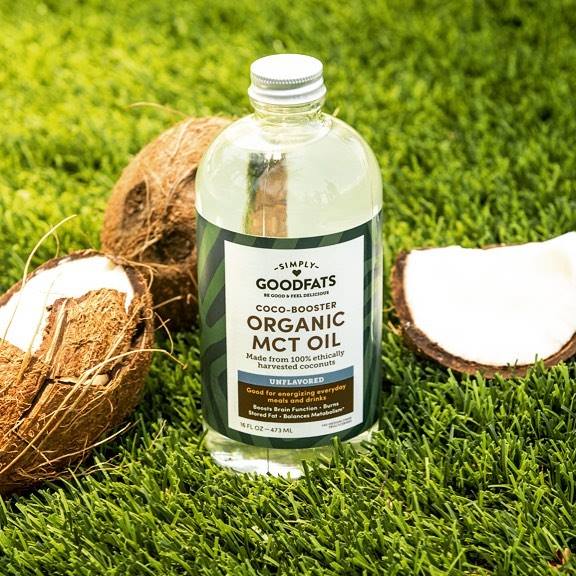 A key to understanding how MCT oil can assist the body with weight loss is to understand what the role of insulin, ketones, and how they interact within the body.

Let’s start with insulin. Insulin is a hormone in the body which signals the body to absorb nutrients that are in the blood stream. The nutrients are then absorbed by all systems in the body that need nutrients (muscle, nerve, etc.) and fat cells. During higher insulin spikes, caused by non-fiber associated sugars, a greater percentage of energy must be stored by the lipid (fat) and glycogen system for later usage. The body will first fill the glycogen stores within your muscles then begin depositing any left-over fuel as fat.

This is the second role of insulin within the body, it signals the body to begin the process of storing fat. If we are constantly consuming high levels of carbohydrates, the large spike in insulin essentially blocks the burning of any fat for energy by lowering the production of three enzymes (hormone-sensitive lipase, adipose triglyceride lipase, and CPT 1). What’s more is that the process becomes vicious. Once there is no safe place to store glucose the body MUST prioritize burning glucose and thus raises your resting insulin levels to, essentially, hold fat in place by turning off those enzymes. This then turns off the ability to burn any meaningful amount of fat and begins the descent into diabetic issues assuming diet remains constant. So, insulin is not the villain some have made it out to be, it is simply responding to inputs given to the body and acting as the facilitator of energy usage and storage.

So, how can MCT oil help the situation? MCT Oil can help your body burn fat in two ways. First, MCT oil provides an efficient source of energy and can help a person prolong the period of time between large meals, and second is through kick-starting the body to burn fat.

First, let’s explore energy. MCT oil provides the body with a quick source of energy that is processed directly by the liver and bypasses the intestine. This avenue of conversion allows MCT oil to quickly enter the bloodstream and provide energy to the body. Doing this in the morning, after you’ve been fasting while sleeping, can help one prolong their time between meals and thus help their body release fat for energy which will, in turn, lower the resting insulin rate and thus begin to reverse the negative cycle that has developed.

Secondly, MCT oil appears to help the body kick-start it’s usage of fat as an energy source. A meta study found that replacing your sources of LCT fats such as cheese, whole or reduced-fat milk, and dairy products with MCTs caused a reduction of weight over the course of 10-weeks. This reduction was found to be statistically significant in all of the trials looked at, while negative biomarkers such as LDL and total cholesterol were not significantly different. In these studies, the only difference for the user was swapping LCT food and oil sources to MCT food sources and oil sources depending on the study’s parameters. In addition, the meta study found that waist and hip circumference measurement, total body fat, subcutaneous fat, and visceral fat were all found to be significantly reduced. These findings were found in a diverse group of individuals ranging from obese to normally weighted individuals. These benefits were seen with MCT oil providing, roughly 4% (or less) of total energy consumption which is approximately one serving of our Organic MCT oil.

So, is insulin our enemy? No, our enemy has become diet high in sugar. Insulin is merely playing its role within the body to prioritize the burning of energy as needed. Take some MCT oil in the morning instead of that latte and lower your carbohydrate intake some during the day. Prioritize high fat and moderate protein, which spike insulin less. Through management of our diet, introducing a fat-first or ketogenic diet to start, we can begin to support our bodies in managing insulin better.