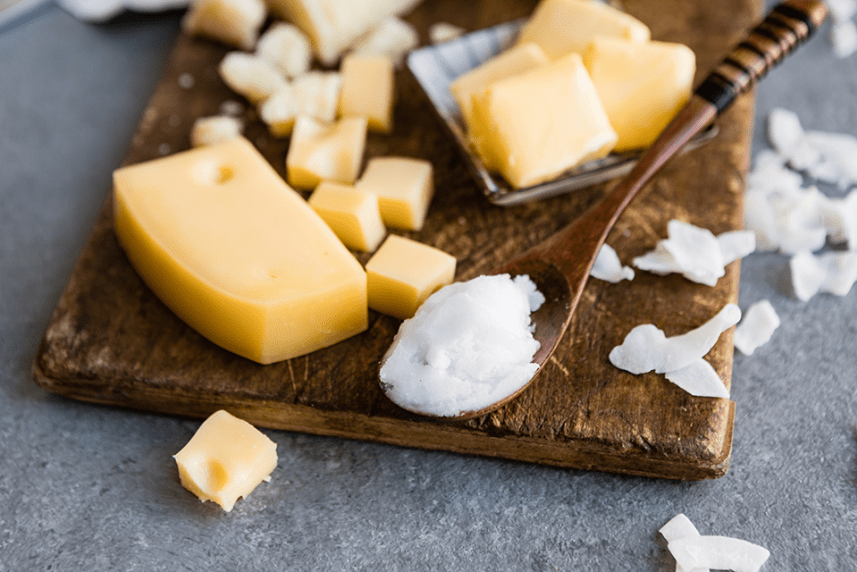 The Good Researchers here at Simply GOODFATS are constantly analyzing studies on healthy fats and other health-related research being conducted in the academic field. We have access to leading researchers, data analysts, and nutritionists in order to gain a complete understanding of a study, from the raw, published medical data, so we can minimize reliance on eye-catching headlines.

A recent study titled Dietary Fat, but Not Protein or Carbohydrate, Regulates Energy Intake and Causes Adiposity in Mice came to our attention that called into question the healthy fat idea in many news articles. However, as we examined the data further through the above process we began to realize that the data wasn’t quite stating exactly what the headlines had lead readers to believe: that fat was the only source of gaining weight. Instead, as you’ll read below, the study showed that dopamine, not fat content, might have been the primary driver of weight gain.

The study looked at food mixtures fed to mice that ranged between 8.3% fat and 80% fat. What was found was that between 8.3% and 40% fat, the mice ate the same volume of food. However, as fat is more energy dense, their total intake was higher and thus gained more weight as their activity did not meaningfully change. With 40% and 60% of their diet as fat, the mice ate less in total volume but not enough to offset the increase in energy intake so, again, the mice gained weight but at a reduced rate. However, adiposity (obesity) declined when fat intake was 70% or higher. The key takeaway here is that for those who follow the ketogenic (keto) diet which generally includes 70% or more calories from fat, there was a positive effect on body fat.

The mechanism that was believed to cause the mice to overindulge is also of importance for all of us, not just those on keto. The study showed that the mice were most likely overeating due to the increase in dopamine release from the consumption of fat. Thus, the rats were eating primarily for hedonistic reasons. This hedonism was not seen in the mice with sugar or carbohydrate rich diets. However, in humans there have been studies showing that sugar, in particular, does cause the release of dopamine within the body and is thus perceived as pleasurable to the mind.

Thus, our conclusion from the study is slightly different than those we’ve seen discussed in a few online articles. As is to be expected if one eats a similar quantity of food, with no change in burned calories, the higher density in fat can lead to weight gain. However, in humans we know that sugar and simple carbohydrates cause both a cycle of overeating through blood sugar regulation issues and, as shown above, will cause hedonistic eating in humans much like the fat did to mice. In addition as we’ve discussed in other studies and will continue to show on this page the usage of good fats such as Coconut Oil and MCT Oil increases satiety in individuals and assists the body in burning stored fat.

With the understanding of what this data showed this would be our recommendations here at Simply GOODFATS if you are concerned about weight gain:

The steps to a better you (part 1)

The Simple Truth on Sugar

Throw the Flour Away